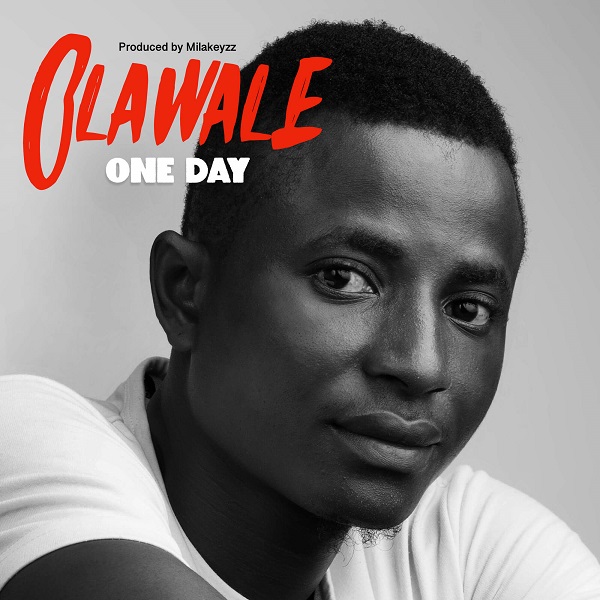 Olawale – One Day (Prod. Milakeyzz)
2013 MTN Project Fame winner, Olawale returns with a brand new single titled ‘One Day.’
The new release by Olawale comes after a long hiatus, which culminated in the talented singer recently seen in a viral video driving an Uber taxi.
However, in a related development, luck shined on Olawale after Adekunle Gold, came across his video and was moved by his sincerity and conviction to pursue a honest means of survival.

Adekunle Gold while speaking to radio presenter Kaylah Oniwo of Cool FM 96.9, narrated how he sent a direct message to Olawale on Instagram, wrote a song for him, and put in his own quota in helping him find his feet again in the music industry.
“When I saw his video that went viral talking about him doing Uber and how people have abused him on how do you go from winning Project Fame to riding Uber, and he was just being honest. He was just saying I can’t steal, I don’t know how to steal, a man has to do what he has to do to fend for himself. And that touched me because that’s everything I’ve always been about.” he said.
Without further ado, here is Olawale with ‘One Day,’ a song that seeks to inspire those passing through hard times.
Listen and share your thoughts below:
02:46
00:00
Olawale One Day
LikeDOWNLOAD
73
1
iTunesA
By Naijamediasounds Promotion
Tags Music, Olawale